Name: Isabelle Mills (isabelle.mills@avonscouts.org.uk)
About me:  I joined scouting as a parent volunteer in 2005, became an ABSL in 2008, moving up to BSL, helping to support our local group, then added ADC Beavers to my “to do” list and in 2011, appointed as District Commissioner.  In 2015, due to family commitments, I stepped down, but took on a role within the County that was less demanding.  That role has evolved to where I am today – DCC Perception.

I am encouraged in my volunteering journey by my husband and good friend Andrew and our two children – Jack and Eloise, (both of who have had their own scouting journey since Beavers (they have been extremely fortunate to have great leaders supporting them in the groups they’ve attended, for which I’m always grateful (you know who you are ?)

As Camp Chief, it’s an amazing opportunity to bring my knowledge and experience from running large scale international events in my professional career and combining those with the skills and knowledge of experienced scouters.

The Jamboree team – Deputy Camp Chief (aka the DC for Bath District) has a wealth of international scouting knowledge and experiences, is a great support and helps me to see things from a different viewpoint.  The other team members – Kevin, Nicole, Gemma and Simon, are all keen to make the Jamboree a showcase for all that Avon has to offer and promises to be a fantastic event.

Name: Kevin Watson (kevin.watson@avonscouts.org.uk)
About me: I started in Scouting as a Cub and continued my youth adventure through to Network before becoming an Explorer Scout Leader. I have always loved travelling and attended my first international in 2004 where I was a participant at the Taiwanese. After attending this, I got the international bug! I went on to attend the Serbian Jamboree as an Assistant Leader, EuroJam and the World Scout Jamboree in the UK as a member of International Service Team and have also organised a number of international ski trips for my Explorer Scout unit. Alongside this, I was one of the core team who started and ran a national Network event at Woodhouse Park called Intense. I continue to help Scout Adventures and Woodhouse Park with their large-scale events now Intense has come to an end. I regularly help at Fundays and Gilwell24. I even designed and built an Escape Room for them! I have learnt so much through Scouting, so it is important that I give back to those in the movement today. I hope to inspire the young people that attend the Avon Jamboree and help them come away with long life friends, memories and skills.
Jamboree Role: Deputy Camp Chief – Infrastructure and Site Services.
Weekly Scouting Role: Explorer Scout Leader and Deputy Event Manager for Fundays.
Scouting District: Cotswold Edge and Scout Adventures.
Fun Fact: I completed my Queen Scout Award as part of a bet.

Name: Nicole Crompton (nicole.crompton@avonscouts.org.uk)
About me: In real life, I am a Marketing Manager but outside of work, I am heavily involved in Girlguiding (& now Scouting!). I have only been in Girlguiding since I was 16 when I started for Duke of Edinburgh but have loved it so much, I have continued on to become a Brownie Assistant Leader. On top of this I have been to Canada and Iceland on 2 of the World Scout Moot’s, organised and lead an International to the States within Girlguiding Midlands, was on the Contingent Management Team for the Girlguiding Roverway Contingent in 2018 as Communications Lead and am now involved in the Avon Jamboree.
Jamboree Role: Deputy Camp Chief – Marketing and Communications.
Weekly Guiding Role: Assistant Leader for 1st Olveston Brownies.
Guiding Division: Severnvale.
Fun Fact: When at University I was involved in a Raising and Giving (RAG) event where you had to get as far away from Nottingham and back in 72 hours for free. My team and I made it to Caen in France which is over 533 miles away! We didn’t win – the team who came first made it to Amsterdam which is 10 miles further away than Caen is – gutted is an understatement! 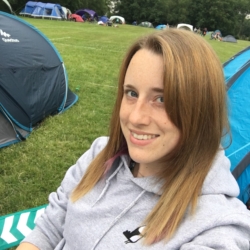 Name: Gemma Sharples (gemma.sharples@avonscouts.org.uk)
About me: I started my Scouting adventure from day 1 of life by tagging along with my parent’s Venture Scout unit as a baby before eventually officially joining as a Scout and moving onto Explorers and then Network. I started helping with my was-nearest Cub pack where I still am 14+ years on and over time been to many places including the moot in Iceland, jamboree in Serbia and skiing in Kandersteg and Italy. Outside my Scouting life, I am always adventure seeking. I love going stand-up paddleboarding and trying to master my surfing and snowboarding skills.
Jamboree Role: Deputy Camp Chief – Activities.
Weekly Scouting Role: Assistant Cub Scout Leader, Unit Assistant Explorers and Assistant County Commissioner Scout Network.
Scouting District: Brunel, Cotswold Edge and Avon County.
Fun Fact: I have a campervan which I converted by myself from scratch.

Name: Simon Carnegie (simon.carnegie@avonscouts.org.uk)
About me: I’ve been in Scouting minus the odd break since I was 6 when I joined Beavers, Cubs and Scouts where I grew up in the North East before joining as a Venture Scout, Network Member then a leader in Avon.  I was Treasure of Intense, a national Network camp, from 2009 until it was taken over by the Scout Association but remained involved until it ended in 2017 as well as helping at Fundays at Woodhouse Park and Gilwell 24.  I was one of two treasurers on the 2011 4 Seasons Avon County Jamboree and Avon County Treasurer between 2012 to 2015 and since then have remained as a County Trustee and member of the Finance Sub Committee.  My scout group also visits Malta every 3 years and in April 2019 I will be attended for the 4th time as a leader and 5th time overall.  Outside Scouting I work as a Management Accountant for the Driver Vehicle Standards Agency.
Jamboree Role: Treasurer.
Weekly Scouting Role:  Assistant Section Leader for 1st Woodend Scouts and Avon County Executive Committee Member.
Scouting District: Cotswold Edge.
Fun Fact: I did my Queen Scout expedition in Malta in 2001 aged 17 along with Kevin Watson.  We covered over 60 miles in 3 days during a heat wave finishing early on the 4th day so we could go off-road jeeping.  I can also confirm Kev did it on a bet made the day before we started.

Name: Deb Wilkey
About me: For my day job I run a vehicle repair garage. And in the spare time!! love to spend time with the family, especially the grandchildren who keep me busy. My hobbies outside of guiding are swimming, walking and have recently taken up fencing. I have been a guider for over 30 years, and have led many international trips to places such as Serbia, Poland, Sweden, Prague to name a few.  I am a DofE supervisor and assessor. And also been involved in more Jamborees than I can remember. I was the leader in charge at the Guide County Centenary Guide camp in 2010 and Mix06 at Woodhouse in 2006. As ACC activities I enjoy organising large county events for our members. In the past, I have held roles as District and Division Commissioner, County camp advisor
Jamboree Role: Guide Liaison
Guiding Role: Guide and Ranger leader. ACC activities
Guide Division: Concorde
Fun Fact: Whilst on a trip with the Rangers, we were travelling from Germany to Sweden the train was put on a ferry. We left the train to look at the views and when we went below deck found the train had moved up towards the next station – 12 rangers and leaders running along a train track to catch the train!!! Which we did thank goodness

We are still recruiting to fill the remaining roles, please get in touch if you’re interested.